The new NCERT textbooks are dotted with references to decisions and flagship programmes of the NDA-II government.Of the 13 references spotted by The Indian Express as part of its analysis of 25 textbooks for Classes 6 to 10, the majority were devoted to the Swachh Bharat Abhiyan, followed by Namami Gange Programme, Digital India, Beti Bachao Beti Padhao, Pradhan Mantri Kaushal Vikas Yojana on skilling, and demonetisation.Earlier, the NCERT did include references to flagship schemes of the UPA government in textbooks. For instance, NREGA (now known as MNREGA) was added to the Class 11 Economics textbook, the National Food Security Act 2013 was included in Chapter 4 of the class 9 Economics textbook and the Right to Information Act in chapter 5 of the Class 10 Political Science textbook.However, there weren’t multiple references made to the same scheme in different textbooks as seen with NDA -II schemes. These additions have been made to the Geography, Science, Political Science, Economics and English books and are part of the textbook review — the first since 2007 — undertaken last year by the NCERT, which advises the union government on school education.Swachh Bharat Abhiyan has been introduced in five textbooks. A small box, added to the chapter on human life in the tropical and subtropical regions, in the Class 7 Geography textbook states, “To accelerate the efforts to achieve universal sanitation coverage and to put fours on sanitation, the Prime Minister of India launched the ‘Swachh Bharat Mission’ on 02nd October 2014.”Chapter 6 of the Class 6 Geography book reads: “Healthy mind lives in healthy body and for a healthy body clean environment particularly clean water, air and hygienic surroundings are pre-requisites. Swachh Bharat Mission, a government of India programme aims to achieve all these for people.” This chapter is on the major landforms of the Earth such as mountains, plateau and the plains. The reference to the NDA-II government’s cleanliness mission has been added to a section titled ‘Landforms and the People’. 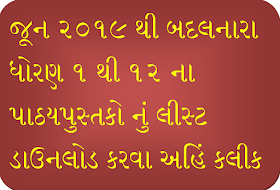