Trial jointly launched by the US National Institute of Health and Farm Company, ModermaThe vaccine was named mRNA-1273This vaccine is based on genetic engineeringIt would take 1.5 years for the vaccine to be available to patients worldwide if the initial trial was successfulHealth Desk: News of relief from the US has been received amid fears of the Corona virus. The US has prepared the Corona Virus Vaccine, a trial that took place on Monday at Washington’s Health Institute. The first trial involved 45 healthy young people. Not all of these young people are infected with the corona virus, but they have been tested to see the side effects of the vaccine. One of these young people has been given a dose of this vaccine. 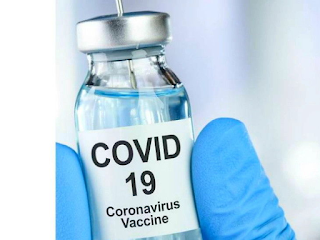 Special talk about vaccinesThe vaccine was developed by NIH (National Institutes of Health) and Moderma, a US-based farm company. It is being jointly run by both organizations. The vaccine will be ready in 18 months if the trial is successful. The vaccine is named mRNA-1273.This vaccine is based on genetic engineering. When the patient is injected, the body’s cells cut the virus into small pieces. With these fragments, the body’s immune system begins to identify the virus.The injected drug affects RNA (ribonucleic acid), which orders the immune system to catch the virus.According to scientific theory, when synthetic RNA enters the body of a human, it reaches the cells and produces a large amount of protein. This protein corresponds to the upper layer of the virus, which orders the immune system to catch the harmful virus.The trial is scheduled to take place in AprilAccording to Anthony Fossi, director of the National Institute of Allergy and Infectious Disease, it would take 1.5 years for the vaccine to be available to patients worldwide if the initial trial was successful. The vaccine was scheduled to begin in April, but soon the trial began, looking at increasing cases of corona virus worldwide.In America, 68 people die from Corona to AyrCorona virus has spread its foot n 157 countries around the world. More than 7,000 people have died worldwide and 68 in the US and 3 in India.

Talk of work / government gave money to buy LPG cylinders, know whether it came to your account or not?